Three statues depicting Chinese and Korean "comfort women" have been removed from an area near Japan's Consulate in Hong Kong, activist Chan Yu-lam confirmed to Kyodo News on Friday.

The bronze displays were taken down earlier this month by the activist group Action Committee for Defending the Diaoyu Islands, which erected them three years ago. Diaoyu is what China calls the disputed Japanese-administered Senkaku Islands in the East China Sea. 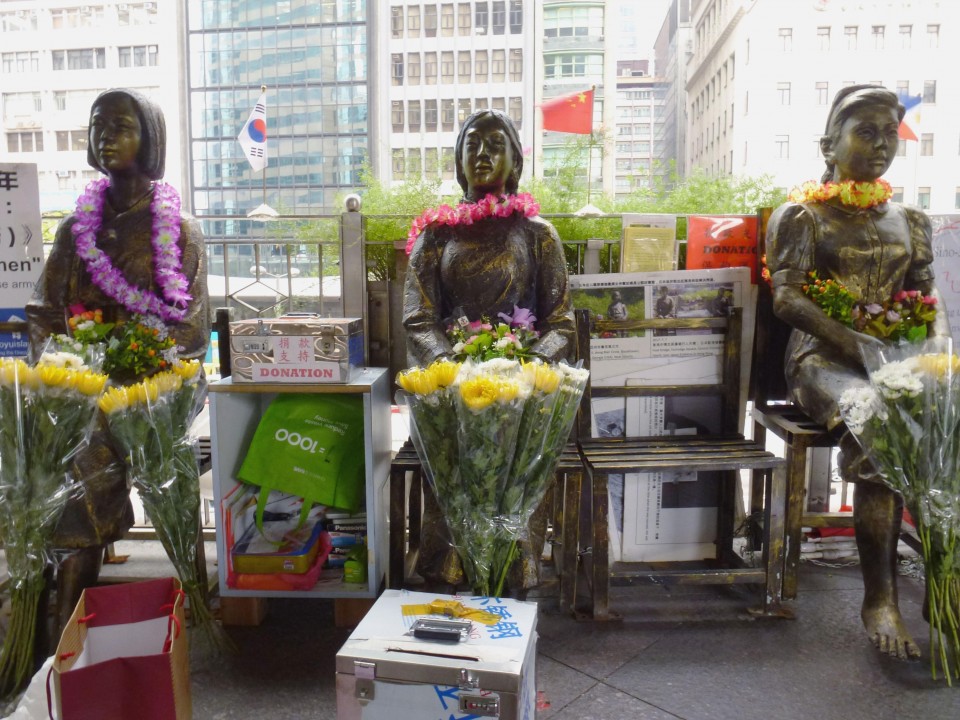 Last month, the Hong Kong government said that they would confiscate the statues if they were not removed, according to Chan.

The three figures were first erected in 2017 on the 80th anniversary of the Sino-Japanese War to commemorate those who worked in the Japanese military's wartime brothels.

The Hong Kong government said at the time that there were "no plans" to take down the statues after the Japanese Consulate requested that they be removed.